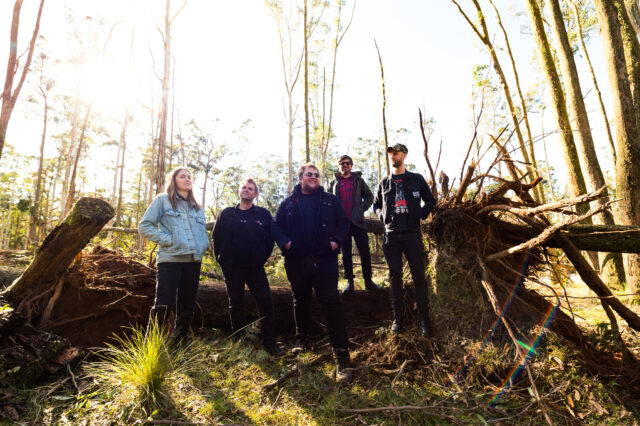 With touring looking pretty different over the last year or so The Smith Street Band have played the revolving stage at Yours & Owls Festival, reworked their live show into an acoustic set for seated crowds in Sydney, Melbourne and across regional Victoria, and teamed up with The Brisbane Symphony Orchestra for two sold out shows at The Fortitude Music Hall, Brisbane.

Now, The Smith Street Band are thrilled to announce a return to their roots. September and October will see the Victorian band head out around the country, playing 15 shows in pubs and theatres in every state and the ACT. A return to dancing at shows and anthemic sing alongs, the tour will be the band’s first as a five piece after Lucy is set to play her last show with the band in Melbourne this week.

In what will be the band’s first regular tour since they released Don’t Waste Your Anger, their fifth studio album which landed triple j Feature and scored the band their first #1 ARIA Album, the tour coincides with the ten year anniversary of the release of debut album No One Gets Lost Anymore.

A band with a reputation for constant touring, The Smith Street Band spent much of the last 18 months keeping as busy as possible: releasing a studio album, three live albums, and lead singer Wil Wagner put out a solo album and re-released an old demo collection. With all six releases landing in the ARIA Album charts.

“Australia!!!! This is our first big proper tour in what feels like forever! We are so excited to be going all over the country playing rock shows again!! See you all soon!” Wil Wagner

Tickets on sale Wednesday 9am from www.thesmithstreetband.com