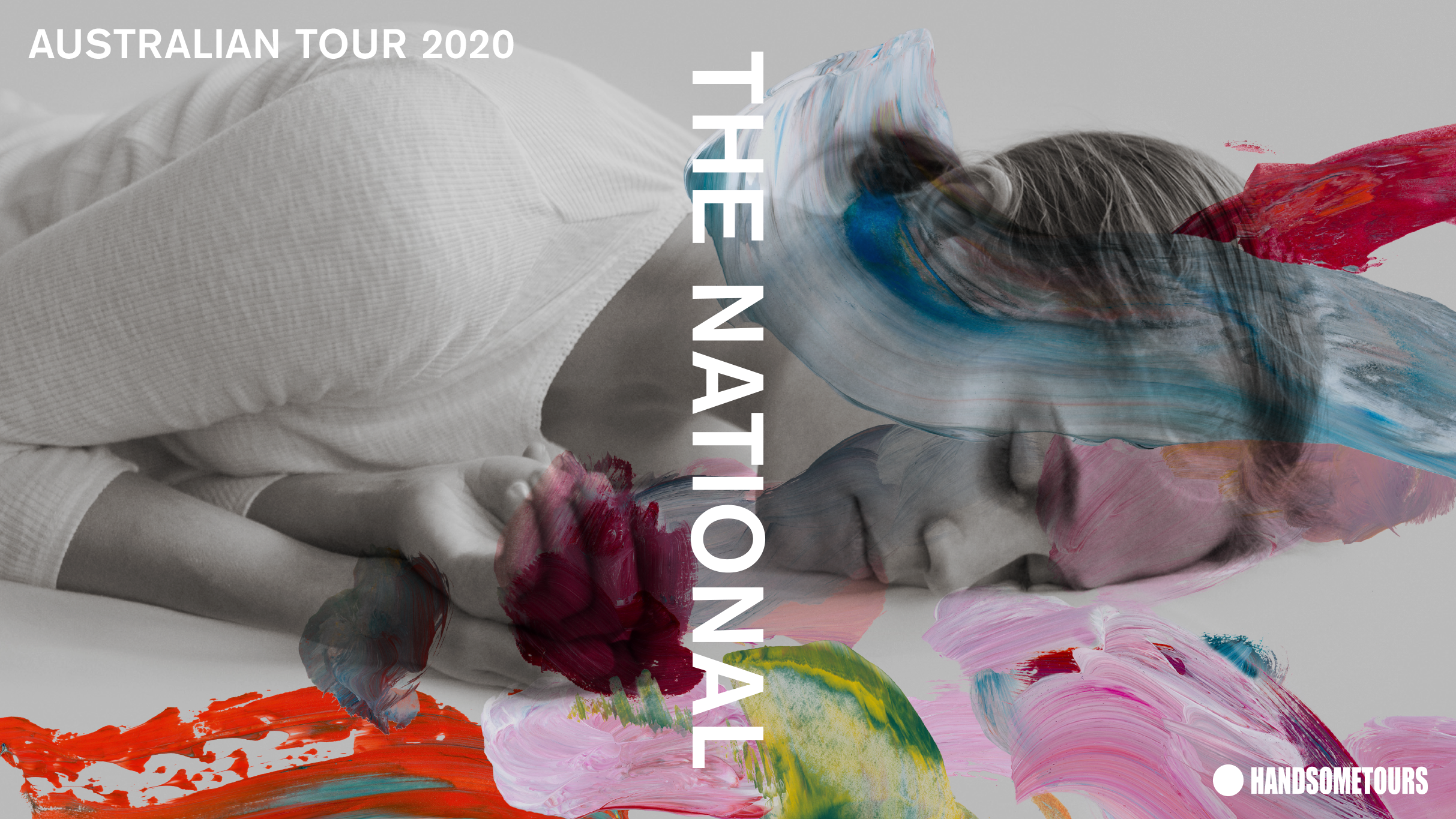 Handsome Tours is thrilled to announce that The National will return to Australia in March and April 2020. The visit will see the band perform at stunning venues across the country, including three intimate nights in Melbourne’s iconic Palais Theatre, two nights at ICC Sydney Theatre, a performance at Brisbane’s Fortitude Music Hall and an evening under the stars at Fremantle Arts Centre. They will be supported on all dates by Phoebe Bridgers.

The tour will celebrate the release of The National’s eighth studio album I Am Easy To Find – out now via Remote Control Records / 4AD. Formed in 1999, the Ohio-raised, Brooklyn-based band consists of vocalist Matt Berninger plus two pairs of brothers: Aaron Dessner (guitar, bass, piano) and Bryce Dessner (guitar), and Scott Devendorf (bass, guitar) and Bryan Devendorf (drums).

The band’s most recent release I Am Easy To Find was a collaborative project with director Mike Mills. The results are I Am Easy To Find, a 24-minute film by Mills starring Alicia Vikander, and I Am Easy To Find, a 68-minute album by The National. The former is not the video for the latter; the latter is not the soundtrack to the former. The movie was composed like a piece of music; the music was assembled like a film, by a film director. The frontman and natural focal point was deliberately and dramatically side staged in favour of a variety of female voices, nearly all of whom have long been in the group’s orbit. It is unlike anything either artist has ever attempted and also totally in line with how they’ve created for much of their careers. The two projects are, as Mills calls them, “Playfully hostile siblings that love to steal from each other”—they share music and words and DNA and impulses and a vision about what it means to be human in 2019, but don’t necessarily need one another. I Am Easy To Find was produced by Mike Mills and The National at Long Pond, Hudson Valley, NY.

The National’s triumphant previous visit to Australia in 2018 included sold-out performances at Sydney Opera House Forecourt, Melbourne’s Sidney Myer Music Bowl and Brisbane’s Riverstage. For their upcoming tour, the band will nestle into their most intimate Australian venues in a decade, delivering fans the raw intensity and emotion of their live show, up-close-and-personal like never before. Be quick – tickets will not last!

Joining The National on all dates will be special guest Phoebe Bridgers. Hailing from Los Angeles, Bridgers released her debut album Stranger In The Alps in 2017 to international acclaim, with haunting, introspective songs that garnered widespread comparisons to legendary songwriters like Elliott Smith and Joni Mitchell.