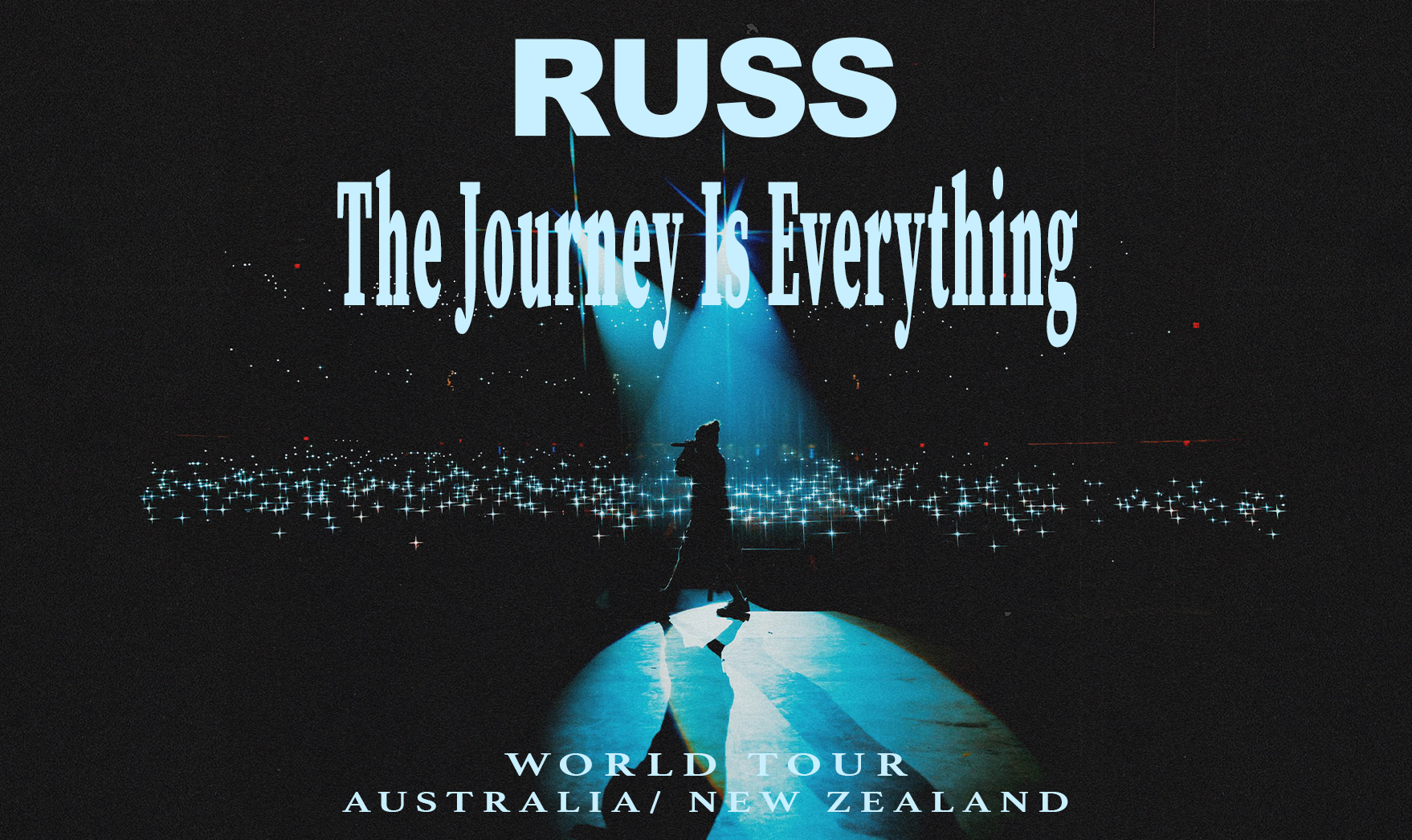 American rapper RUSS has today announced three massive Australian headline shows as a part of his worldwide Shake The Globe Tour for March 2022. The tour kicks off at Sydney’s Hordern Pavilion on Friday, March 11, followed by Margaret Court Arena in Melbourne on Saturday, March 12 and concludes at Brisbane’s own Fortitude Music Hall on Tuesday March 15.

Tickets for all shows go on sale at 12noon Friday, March 26. For complete tour and ticket information, visit: livenation.com.au.

Twenty-eight-year-old rapper, singer songwriter, and producer Russ walks his own path, at his own pace. By doing so, he proved that he didn’t need a major label to surpass over 10 billion streams on Spotify/Apple Music, get on Forbes’ 2019 “30 Under 30,” make the Forbes‘ “30 Under 30 Cash Kings” at number 20 for most earned, sell out arenas across the U.S. and around the globe, and become one of the most popular and engaged rappers right now.

In his 10+years of releasing music, the 28-year-old has developed an extensive catalogue of music that has collectively surpassed over 10 billion streams and over 2.5 billion video views. His method was simple: love and believe in yourself absolutely and work hard no matter what. In this self-help book “It’s All in Your Head” Russ inspires readers to walk to their individual rhythms and beat their biggest obstacles: themselves.

SHAKE THE SNOW GLOBE  follows Russ’ previous albums ZOO (2018) and There’s Really A Wolf (2017). The album features 12 brand-new songs, including the recently-released “NIGHTTIME (Interlude),” whose video already has over 16 million views. SHAKE THE SNOW GLOBE also includes 2 bonus tracks – “CIVIL WAR,” which has accumulated over 100MM streams worldwide to date, and his Gold-certified (US & Canada) viral track “BEST ON EARTH” featuring BIA, which is currently Top 10 at Urban radio and approaching Top 10 at Rhythm in the US.

In 2017 Russ made his eagerly-awaited Australian debut, delivering a two and a half hour set which left fans craving more – resulting in a sellout performance in Melbourne with Sydney not far behind.

Russ’s Shake The Globe Tour is shaping up to take fans by storm! Don’t miss your chance to see Russ LIVE in March 2022.