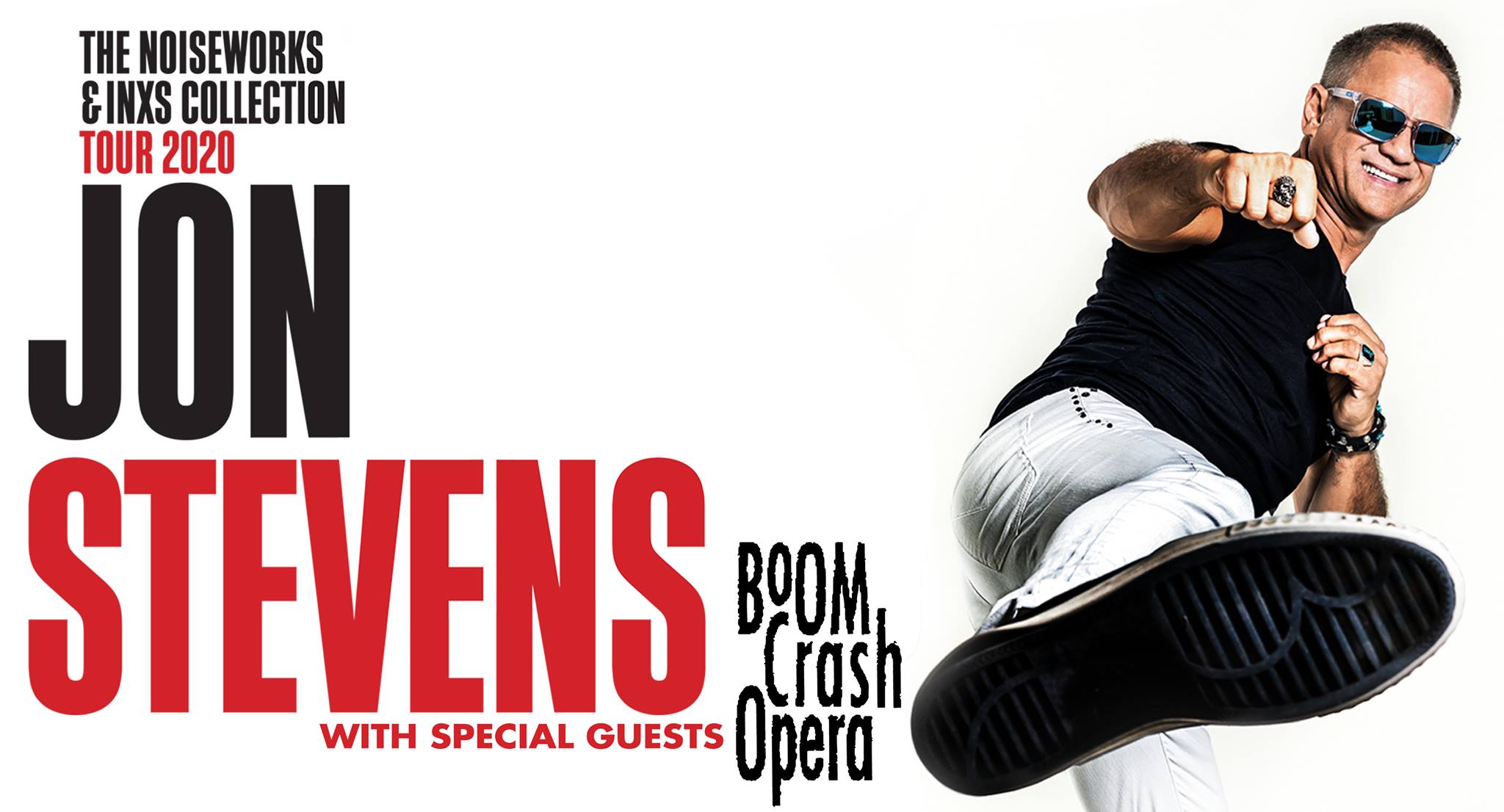 In 2018 a co-founding member of INXS, Andrew Farriss surprised Jon by entering the band room after not seeing each other in 15 years to say, “That was an awesome gig Jon, but you really need to do more INXS songs”.
Jon was on The Best of Jon Stevens Tour reflecting on his 40-year career, performing songs from Noiseworks, Jesus Christ Superstar, The Dead Daisies, and his solo collection with just a couple of INXS classics. This reunion with his old friend with whom he’d shared the stage with around the world fronting INXS from 2000-2005 formed the idea for his new tour Jon Stevens | The Noiseworks and INXS Collection Tour.
The Tour brings hits Take Me Back, New Sensation, Touch, Don’t Change, Hot Chilli Woman, Never Tear Us Apart, No Lies, and more. This show is an assault of the senses, with nothing but relentless hits! A visceral charge of emotion that will transport you back to 1987 and beyond including the INXS songs that were such a huge part of the soundtrack of our lives.
Joining Jon for this very special show will be the sensational Boom Crash Opera!
Miss it and you’re MAD!!
Pre-sale starts at 9:00am Wednesday the 28th April through to 11:59PM Wednesday the 28th of April.