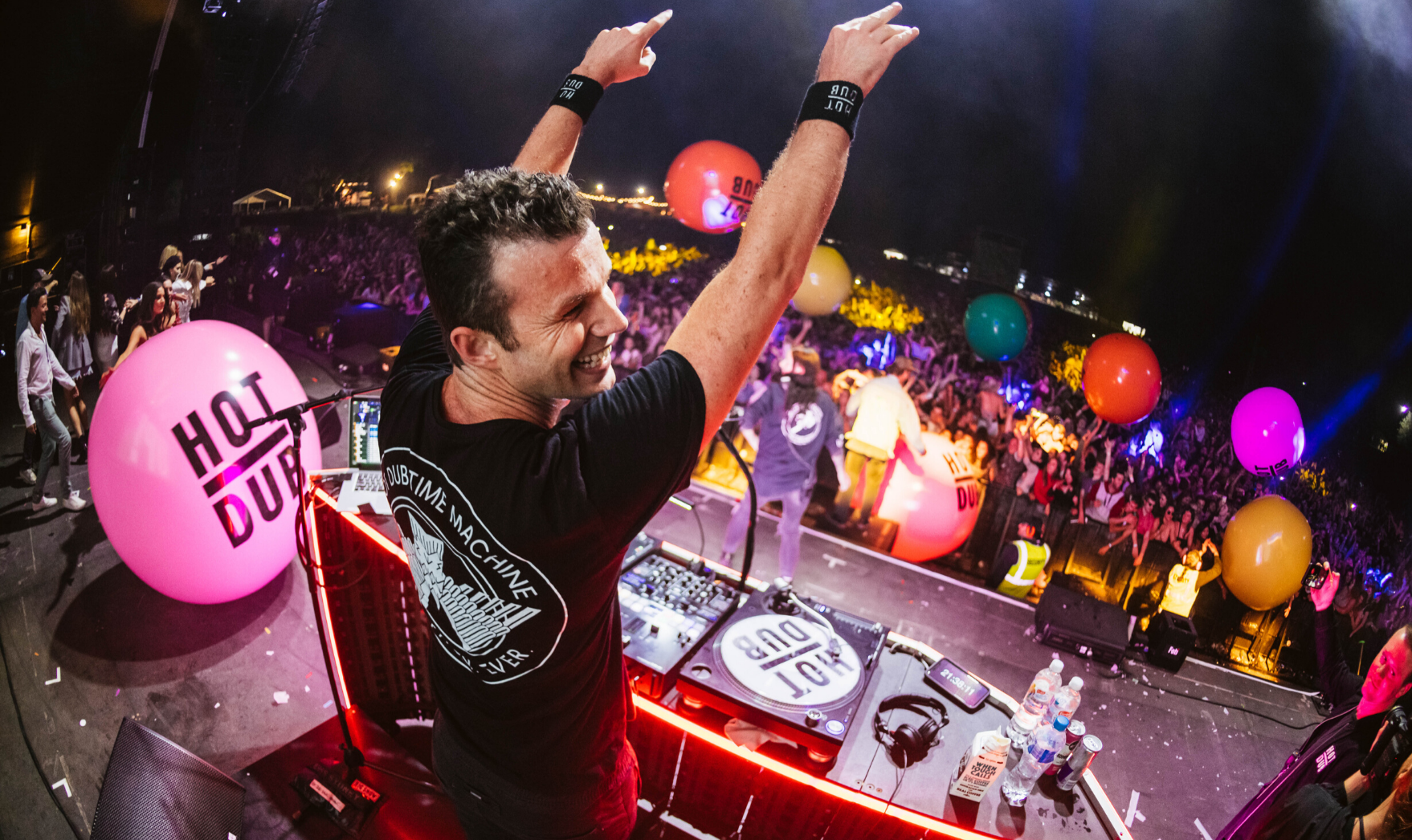 Since first launching his time-travelling, ‘dance-through-the-decades’ audio-visual party concept in 2011, Sydney’s Tom Loud has grown his project into an absolute monster.

This Australian DJ has been welcomed by international audiences with open arms; with a phenomenal 200K tickets already sold worldwide. He’s floored crowds at Coachella, is an annual best-seller at the highly competitive Edinburgh Fringe Festival – just recently performing two of the biggest shows to take place in the Fringe’s entire history. He’s blitzed the festival circuit back home in Australia, headlining Splendour in the Grass, Falls Festival and more multiple times over, and has sold-out back-to-back Australian headline tours.

Reflective of the Hot Dub project’s success thus far – 2017 has witnessed the project’s creative expansion into ‘Hot Dub Wine Machine’, a boutique one-day, adult-contemporary event, headlined by Hot Dub performing his signature two-hour set, in addition to a festival-sized line-up of leading Australian bands and DJs, fine wine and food – with the events taking place on custom-built stages amongst the grapevines in several of Australia’s leading wine regions. Wine Machine was met by a rapturous response from Australian fans, with the entire tour sold-out and a huge success in each city, and media calling it ‘the best festival debut in years’. The event is already slated for a double-sized return in 2018.

HDTM is currently on a huge tour of Europe, with shows ahead at Leeds Festival, Electric Picnic, London’s 02 Brixton Academy and more. Following this he will appear at Your Paradise Fiji and Beyond the Valley, before winding up the year headlining his very own NYE festival in Sydney – the inaugural NYE In the Park.

Hot Dub Time Machine consistently delivers stellar live performances that are near impossible not to enjoy. He pinpoints the happiest moments of your partying days past, and re-creates those moments to perfection for you all over again; intertwining them with the right here and the right now – in the most exhilarating way possible. His party is forever entertaining, and will surely go on for years to come.