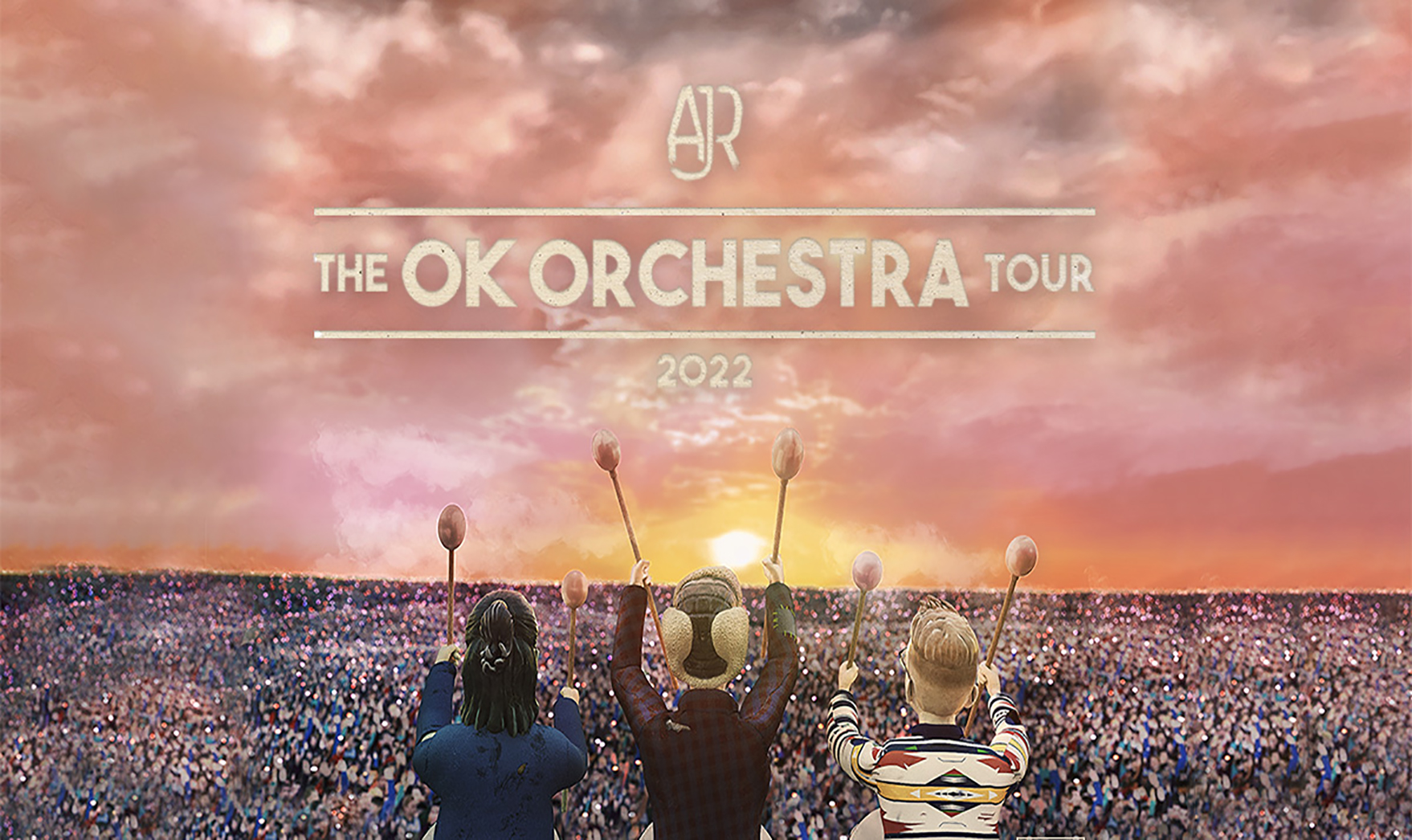 Multiplatinum indie pop trio AJR have today announced Australian tour dates for August 2022 as part of The OK ORCHESTRA Tour. The tour announce follows the release of the band’s fourth full-length album ‘OK ORCHESTRA’ which debuted at #1 on Billboard’s Alternative and Rock Albums charts and claimed No.10 on the Billboard 200. The tour will kick off on August 19th at Melbourne’s Palais Theatre, before heading to Brisbane’s Fortitude Music Hall on August 21st and conclude at Sydney’s Hordern Pavilion on August 23rd.

Tickets for all shows go on sale at 11am on Friday 1 April.

My Live Nation members can secure tickets first during the exclusive pre-sale beginning at 11am on Wednesday 30 March, concluding at 10am on Friday 1 April.

Re-envisioning what pop can be in the 21st century, AJR unassumingly emerged as a ubiquitous hit-making outlier and one of the biggest indie bands in the world. Since 2012, the award-winning indie pop trio – Adam [bass, vocals], Jack [vocals, guitar], and Ryan [ukulele, piano, vocals] – have generated billions of streams and earned one triple-platinum single, one double-platinum single, four platinum singles, and one platinum album. Their 2020 platinum blockbuster ‘BANG!’ marked their first Top 10 entry on Billboard Hot 100 and earned the band their 1st Billboard Music Award for ‘Best Rock Song’ in 2021.

2019 album ’Neotheater’ marked their biggest first week debut, bowing at #8 on the Billboard Top 200, #1 on the Top Alternative Albums Chart, and #1 on the Top Rock Albums Chart. Cemented as part of the modern zeitgeist, Spotify touted ‘Sober Up’ [feat. Rivers Cuomo] among the ‘Best Rock Songs of the 2010s’, while Apple Music included ‘Weak’ on its ’Best Alt Songs of the 2010s’.  Not to mention, they remain one of the “500 Most-Listened to Artists” on Spotify.

AJR’s most recent single “Way Less Sad” was aired on over 200 radio stations across the U.S, cracking the Top 40, Adult Pop and Alternative Radio charts. It has amassed more than 100 million streams worldwide and has been featured on Spotify’s ‘The New ALT’ and ‘Just Good Music’, Amazon Music’s ‘Hot Singles’, Pandora’s ‘Today’s Hits’ as well as Apple Music’s ‘A-List Pop’ and ‘Alt Pop’ playlists.